The Difference Between a Watchdog and a Guard Dog

I was having a conversation with someone about dogs recently (I know, what a surprise), and specifically, what sorts of dogs make good guard dogs. The guy I was talking to did the same thing in that conversation that most people do when they’re talking about a guard dog, he kept using the phrase “guard dog” and the word “watchdog” as if those terms were interchangeable.

A watchdog is a dog that is very alert, and will let you know immediately that something is amiss. These dogs tend to be small, and not much use in a confrontation with a grown man. But, jeez-louise, can they bark, and sound the alarm!

Guard dogs, on the other hand, are generally very large dogs with intense loyalty to their owners and a highly-developed sense of territory, which includes your property and belongings, and of course, you. These dogs have the physical strength, size and temperament required to repel invaders, and won’t hesitate to do so. Generally, just their looks alone are enough to make a would-be bad guy think about selecting an easier target. Most of these dogs, however, are not very alert, and are not good watchdogs.

We have a real-world example of this in our household. We have a Jack Russell-Chihuahua mix that is a nervous little dog, who seems to always sleep with one eye open. He is hyper-aware. If there is something happening inside or outside, he barks immediately. And barks some more after that. In fact, he doesn’t stop barking until he believes the real or perceived threat has subsided. He’s kind of a pain, however, he’s an extremely effective watchdog.

But, he weighs 17 pounds. It may be 17 pounds of fury when he feels threatened, but really, just what is he going to do against an intruder? The answer is: “Nothing”. He’s a very small dog.

We also have a Great Dane. She is very big, and she sounds twice as big as she actually is when you hear those deep, thunderous barks on the other side of the door. And she is protective of home and hearth, and even more protective of her human mother, and she can be quite intimidating up close. Deliverymen and others that come to our door give her a very wide berth when she is simultaneously growling, barking and staring intensely at the object of her ire (the hapless deliveryman, or anyone else).

But, she’s really sort of soporific and a bit logy most of the time. She sleeps deeply, on the couch, sometimes on her back, with all four paws in the air, and she’s not exactly alert in those moments. She’s the opposite of alert, that is, she is pretty knocked out. 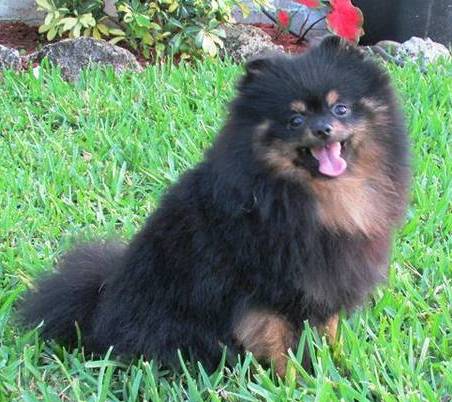 Are there dogs that are both a good watch dog and a good guard dog? Alert enough to recognize a threat before it can be seen, and large enough and aggressive enough to defend its turf? Well, lots of people see this winning combination in Dobermans. Others swear it’s the Boxer that fits this prescription. Fewer still cast their vote for the ubiquitous pit bull, but the breed does have its advocates in this regard.

Whatever your choice in a guard dog, just be aware that these large, dominant-breed dogs need plenty of socialization when they’re young so that they’re not aggressive all the time. Their DNA will compel them to protect you and your family in moments of danger, even if they’re socialized from infancy, so you needn’t be concerned about making them “too friendly”.