Calico cats are really cool – they have such beautiful markings (tri-color)! But did you know that calicoes are individual in many other ways too?

Almost all calico cats are female. The orange and black markings are located on the X-chromosome and female cats, just like people, have 2 X-chromosomes. 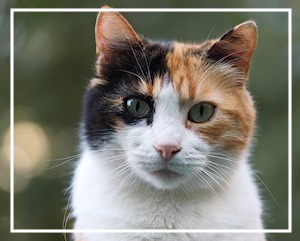 So, they have a greater chance than males to display the calico pattern. Male calico cats do exist and are often the result of having an extra chromosome (called Klinefelter’s Syndrome), which means that they are usually sterile.

Calicos are stately cats… well, at least in Maryland, where, in 2001, the calico was chosen by state officials to be the official state cat. They made this choice, in part, because the calico has the same colors as the Maryland state bird, a Baltimore Oriole.

Forget the four-leaf clover – calicos are considered good luck charms. In Japan, many sailors have a calico cat on board to protect the boat and crew against any possible misfortune at sea. 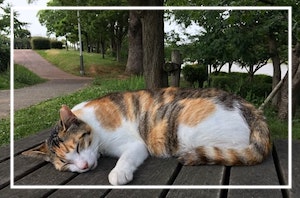 Calicos can’t be bred for their coloring. The coloring happens only by chance, and this chance occurrence only happens rarely.

Calico cats all have different personalities. Because calico refers only to a coloring pattern and not a breed, these cats come in all shapes, sizes, and temperaments.

There is a lot to love about calico cats! If you have one, then you know how special they are. If you don’t have a calico, maybe it’s time to get one.